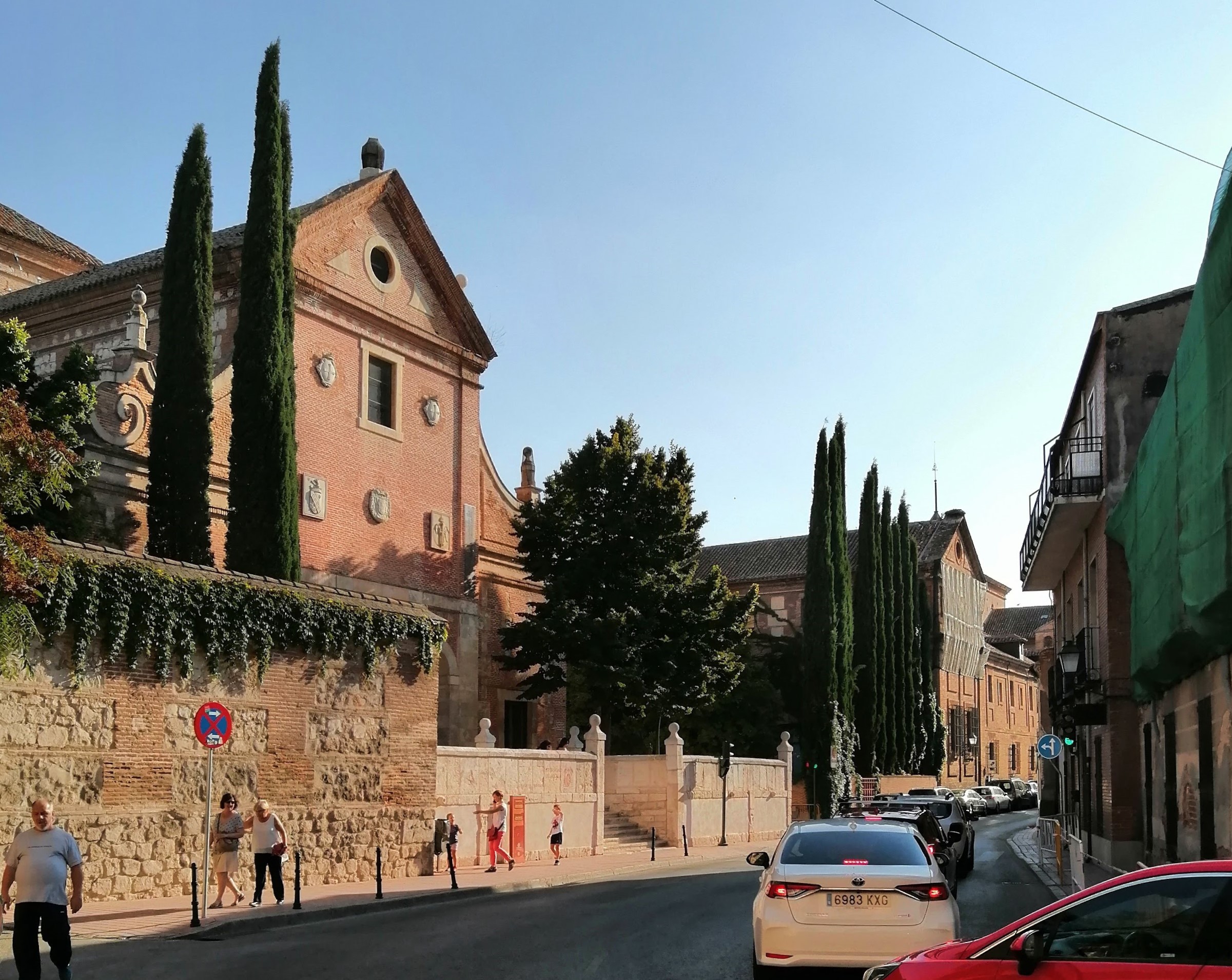 In the first semester of the academic year 2019-2020, I studied at the Universidad de Alcalá (Alcalá de Henares, Spain). Study exchanges − and especially exchanges in Spain − are surrounded by lots of clichés. Some biases are actually true, but you only understand them when you learn to understand a culture.

When thinking about studying in Spain, you probably probably come up with a list of prejudgements easily. The Dutch are especially not very good at hiding those. When I tell someone about my exchange, it doesn’t take long for the cynical questions to come up. “Did you learn anything over there?” “How was the sangría?” “Do you take siesta’s too now?”

It would of course be fun if I could debunk clichés one after another now, but it has to be admitted: they exist with a reason sometimes. That things go differently abroad is not such a surprise either. The beauty of a cultural exchanges is not just discovering the differences, but starting to understand them. While going native might be a bit too much for a five month exchange, you do get the chance to see from up close how life goes elsewhere – and to try to get a taste from it yourself.

Did you learn anything there?
Like every politically correct Erasmus promotor will tell you: just living there for five months is already a learning experience. Another clicé, but I must say I agree.

For starters: I enhanced my Spanish infinitely more than I would have ever been able to in the Netherlands. You only really learn in practice, more than the four hours a week that the Spanish seminars in UvA offered me. And everyone told me beforehand: you will have to practice, because English will get you nowhere in Spain.

That proved to be not completely true. The level of English is indeed − also in schools and universities − not too high. However, young Spaniards are very concious of this and take every opportunity they get to practice. Sometimes I felt a bit like an expat in Amsterdam who doesn’t get any chance to learn Dutch. With the difference that the Dutch speak English to show off how good they are at it, while the Spanish do it to learn.

And of course you learn a lot about culture. It was a bit of a shock, not having anything in my agenda, as opposed to my completely full agenda at home (however that is easier when you go somewhere where you do not know anyone), and to take life a bit more relaxed and loose. But seeing what happens from day to day and not planning weeks ahead but spontaneously eating with friends or going out: I could get used to it. It even took me more getting used to get back into the Dutch busy student life.

Do you take siestas now?
Don’t think I forgot: I went to university as well! Spanish universities are another subject of clichés, but to debunk one: my university did not have time set apart on the schedule for siestas. However, in the hot months in the beginning of the semester teachers were considerate of tiredness in the afternoon, everything was done a bit more relaxed. It’s not so strange: I definitely had to admit the usefulness of siestas. When it is 36 degrees outside and the university buildings are not cooled in any way it becomes hard to fully function.

The level of the classes was in general somewhat lower than I am used to in the Netherlands. Not strange either: Spanish students start university earlier on and the school system is of a lower quality. It doesn’t change the face that teachers were smart and skilful. But they did have to work with students of who they could make little assumptions about their prior knowledge.

I will throw in another cliché: the culture you learn most about while abroad, is your own. Indeed: I discovered that we have lots of things well sorted out in the Netherlands. But we also know how to make life hard for ourselves.

An 8-8-4 system or a similar way of splitting the semester into smaller blocks is know nowhere in Europe. I highly enjoyed that my teachers in Spain were able to start their course by saying we were supposed to read five books for the course: there was enough time. In my courses at UvA the teacher scans some half chapters of books and stille makes their excuses for the workload of reading everything.

It made me enjoy studying in Alcalá a lot. Because of the slower pace I got the chance to actually dive into what I was doing. It was the first time I read a whole book, just because it might be useful for one paper for one course. I chose electives to broaden my knowledge, but because of the pace and the style of the education I was actually able to go deep into it.

How was the sangría?
Yes, it is culture as well! Getting to know people just often goes together with a drink, some tapas and a real Spanish night out. Out on the terrace in the sun, during the trips across spain with other international students and in the discoteca is where I made friends that I will hopefully speak to for a logn time. Because it feels like we were dropped into an adventure together, we have lots to talk about for long after. Hopefully after the Corona crisis together with a tapa and a sangría in Spain.